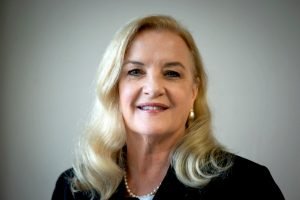 Ms. Middlebrooks is a Member of the Legislative Committee of the New Jersey Bar Association.

While in law school at Seton Hall University School of Law (1984 graduate), Ms. Middlebrooks served on the Legislative Journal as Associate Editor. She was awarded the law school’s faculty award for “Most Outstanding Contribution to the Law School and the Community.”

Ms. Middlebrooks is a Master with the Bankruptcy Inn of Court; a frequent lecturer; has served as a Panelist for the Annual Bankruptcy Bench Bar Conference (ICLE); authored numerous articles, including “What Every Practioner Should Know About Bankruptcy Before One is Filed” published by the prestigious New Jersey Lawyer – The Magazine of the New Jersey Bar Association. Ms. Middlebrooks is a litigator in both state and federal courts with numerous reported decisions. She is also an adjunct professor of bankruptcy law at Union County College.

Ms. Middlebrooks was named one of New Jersey’s 2013 Best 50 Women in Business.