Debt consolidation and debt settlement is a popular subject of advertisements on television, radio, and on the internet. These companies, usually based far away on other states, promise to make you “debt free” quick and easy with just a few phone calls. These companies can, in fact, do more harm than good, and leave people in a worse situation. While debt settlement does in fact occur, as described below, some of these companies can trap people into debt reduction plans without any real promise of success. In some instances, companies may cause people to default and fall further into debt, further damage their credit scores, and cause these people time, money and aggravation. Before you consider handing over your financial information to a debt consolidation company, it’s important to understand your options.

What is the Debt Collection Process?

Let’s first review what’s at the core of a credit card or loan agreement. These are contracts where you promise to pay back money loaned to you by the company that issues the credit card or the loan. These contracts contain default clauses that spell out what happens if you don’t pay back that money on the terms laid out in the contact. If you default on the contract, the company will inevitably start attempting to collect money back from you, while at the same time charging you interest and fees allowed under the contact.

At some point, these companies hand over their file to a law firm, which takes this process a step further and commences a lawsuit against you. This lawsuit is normally filed in the state court close to your home. If you don’t defend against that lawsuit, or if you don’t have adequate defenses against the complaint, that law firm may obtain a judgment handed down from the court, and then pass it onto a sheriff’s office, or other court-appointed officer, who has the power to freeze your bank accounts, garnish your wages, seize your property, and other collection action. 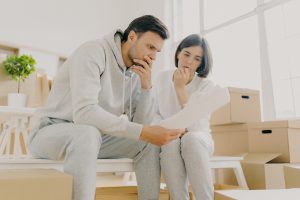 How Can you Avoid the Debt Collection Process?

Debt collection is pretty straightforward. Your creditors want to get paid as much of the outstanding debt as possible, as quickly as possible. You want to pay as little of the outstanding debt as possible, as slowly as possible. The middle of these two extremes is where a settlement may be reached between you and your creditors.  In many cases, the first step to avoid the debt collection process is to pick up the phone and attempt to work an arrangement with your creditor. You must remember that at all times, your creditor will be collecting information from you in an attempt to collect the debt from you, and so all communications with your creditors should be taken seriously. You should have a game plan in place, and a concept of reasonable and acceptable settlement terms. You should be ready to explain to your creditor why you need a settlement of your outstanding debt, and why it’s fair and reasonable for your creditors to accept less than all of the debt you owe them. Further, if there is a valid reason why you do not actually owe the amount they allege, you should provide them with that objective information.

How Can you Negotiate a Settlement?

After reaching your creditor via phone, or other means, you may be able to get down to “brass tacks” and negotiate specific settlement terms. Generally, creditors will first and foremost want a lump sum payment arrangement. Creditors do not want to wait around to get paid, and do not want to risk you not paying them somewhere down the line. This is why a lump sum settlement offer can be very effective, and why creditors are generally more willing to accept a lump sum offer. The next best kind of offer is generally a hybrid, with some portion paid in a lump sum, and the balance paid over time. Again, creditors prefer a short time period, which can be 30 days, 90 days, or even 180 days. Creditors generally will not want to accept payment terms that go past 12 months. In addition, as a general rule of thumb, the longer the payment terms, the more money most creditors will require to settle.

What are Some of the Risks of Settlement?

The biggest risk is that your creditor won’t settle at all after you’ve provided them with information about your financial situation. This means that you’ve received nothing in exchange for giving your creditor even more information about yourself, which presumably makes it easier for your creditors to collect the debt from you in the future. Another risk of settlement is the risk of default, meaning that even if you reach a settlement, there’s risk that you may not be able to fulfill the settlement terms. Usually, a creditor will be able to obtain a judgment against you for the full amount of the debt where you default, which can put you in a worse position than before. Also, there may be tax consequences of settling on debt, and you may have to pay tax on the amount of “break” you received from your creditor in the settlement. 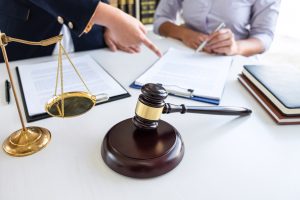 How does Debt Settlement Work in New Jersey?

There are laws in New Jersey that protect consumers from predatory debt settlement and debt consolidation companies. However, you still hear ads on the radio and see banners on the internet offering relief that seems too good to be true. Your best bet is to skip the flashy ads and get yourself a free, initial consultation with an experienced bankruptcy attorney. Bankruptcy attorneys are experienced working with debt issues, and can advise you on your debt settlement options even if you don’t need, or don’t want, to use bankruptcy to resolve those issues.

With that said, bankruptcy helps millions of people each year emerge from their debt issues in a much better position than before they filed bankruptcy. Unlike debt consolidation or debt settlement, bankruptcy is a comprehensive federal law that, in most cases, immediately protects people from creditors, gives them broad protections for their assets, and generally results in the entry of a nationally recognized discharge of their debts. The automatic stay protections serve to prevent and, in some cases, even stop bank levies, wage garnishments, repossession actions, and foreclosures. Bankruptcy, especially reorganization through Chapter 13 and Chapter 11, gives people flexible and even creative ways to pay back their mortgage arrears, car notes, and even reorganization and reclassify certain debts. All of this starts with a free, initial consultation with experienced bankruptcy attorneys.

Counsel experienced in debt settlement, like the capable attorneys at Middlebrooks Shapiro, can assist individuals and small businesses with the process. Some of our specialties include mortgage loan modification, personal bankruptcy, business bankruptcy, ABCs and more!

If you are interested in hiring Middlebrooks Shapiro to advise you on your debt settlement case, book a consultation.