Bankruptcy Alternatives – The Assignment for the Benefit of Creditors

Most people understand the concept of “bankruptcy,” but aren’t necessarily familiar with bankruptcy alternatives – especially with the concept of an assignment for the benefit of creditors (“ABC”). An ABC is a well-established New Jersey state law alternative to federal bankruptcy. This article will give you an understanding of why ABCs, as far as bankruptcy alternatives go, can be a great option and some of the ways that ABCs are used to preserve valuable business assets.

Bankruptcy Alternatives – What is an ABC?

An ABC is one of the more cost-effective bankruptcy alternatives. ABCs are New Jersey state court proceedings used primarily to liquidate businesses and to sell their assets with the approval of the Chancery Division of the Superior Court of New Jersey (the “Court”). In an assignment, a distressed company (the “Assignor”) transfers its assets to a trusted, third-party fiduciary (the “Assignee”). The Assignee then liquidates the business assets through the court-supervised proceeding.

In considering bankruptcy alternatives, ABCs are used for a variety of different reasons. Some Assignors just want to be “done” with their company. They’re overwhelmed with financial and legal issues, and want a streamlined process to wind down the business. Other Assignors have valuable business assets, but the business itself is saddled with debt or litigation. These Assignors may seek to have the business assets sold for maximum value through the court-supervised ABC. This may be accomplished by an auctioneer hired by the Assignee. Other Assignors may be running valuable “turnkey” businesses and wish to sell the entire running operation through an ABC rather than just sell off individual assets. In this situation, the Assignee may obtain court approval for the Assignor to continue to run and operate the Assignor business through sale. 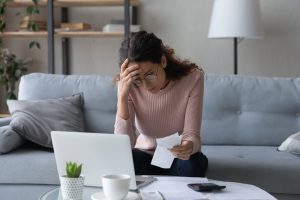 Who is the Assignor?

Just about any person, partnership or company can use an ABC. However, ABCs are primarily used by companies because, unlike in bankruptcy, no discharge is granted in an ABC. Instead, the Assignor is a liquidating company which will no longer exist after the ABC.  So generally Assignors are companies that want to wind down and sell their assets off to buyers, or to sell their entire operating business to buyers. Note that an Assignor can file an ABC even if it believes that it has “no assets” to liquidation, as there is no requirement that an Assignor have any specific amount of assets to liquidate through an ABC.

Who is the Assignee?

Bankruptcy is not the best option for everyone and bankruptcy alternatives should be considered in the quest for a debt-free life. First and foremost, unlike bankruptcy, the Assignor can actually choose their Assignee, while in bankruptcy a trustee is assigned to a case. Also, bankruptcy is federal law, and may come with more stigma for owners of distressed businesses, while ABC is a lesser-known and potentially less stigmatizing liquidation under New Jersey state law. Bankruptcy is very highly regulated, overseen by the U.S. Department of Justice, and has fairly high filing fees to be paid to the Bankruptcy Court. Meanwhile, bankruptcy alternatives, like ABCs are handled in the relatively “sleepy” Chancery Division of the New Jersey Superior Court, and generally there are no filing fees due by the Assignor to commence the ABC as the Assignee generally handles all administrative matters. Bankruptcy Courts also maintain dockets that are much more easily accessible to the general public, while dockets in ABCs are less accessible and have lower visibility, which may be valuable to Assignors who would like a little less attention drawn to the winding down of their business.

What Assets are Assigned in an ABC?

What are Preference and Avoidance Claims in an ABC?

Assignees are given powers under New Jersey law. These powers include the right and obligation to “claw back” payments made by the Assignor in advance of the ABC that preferred one creditor over another. An Assignee’s action to “claw back” these payments is called a preference action. These powers also include the right and obligation of the Assignee to “unwind” certain transfers of assets from the Assignor to others. An Assignee’s action to “unwind” transfers is called an avoidance action.

What are the Rights of Creditors in an ABC?

Just as in bankruptcy, creditors in ABCs have different rights. Secured creditors have the right to obtain payment from certain collateral, such as a mortgage on a building gets first payment from the value of the building. Priority creditors have the right to get paid before lesser general unsecured creditors, such as the right of a taxing authority to receive money from an Assignor’s assets before a credit card receives anything at all. Creditors like the credit card receive what’s left over, but are still ahead of the Assignor’s owners, its equity holders, which only receive a distribution if there is a surplus of funds after everyone else is paid. Creditors should, in all instances, file a claim in the ABC to alert the Assignee to their rights and interest in the value of the Assignor’s estate. 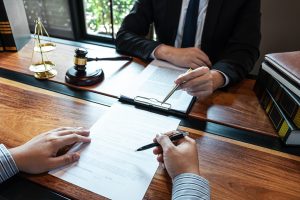 What is the ABC Procedure?

This process, from start to finish, generally takes a number of months. If there is a lot of work to do, it can sometimes take years. However, once the ABC is commenced, the Assignor has minimum involvement in the ABC, and mainly has a duty to provide cooperation to the Assignee. The benefit of the process is that the Assignor is no longer in charge of the business, and has handed off that duty to the Assignee. In exchange, the Assignee has the right to a court-approved commission based upon the liquidation of assets of the Assignor’s ABC estate.

Liquidating bankruptcies can cost a company many thousands of dollars in legal fees and court costs. ABCs, on the other hand, are normally considerably less expensive to the Assignor, as the Assignee, who is chosen by the Assignor, is generally paid through liquidation of assets. This makes ABCs the most cost effective method of liquidation, as far as bankruptcy alternatives go. Moreover, an ABC is simply not a “bankruptcy,” which may be important to the principals of a company in future contexts. However, as with any legal matter, the pros and cons of ABC versus bankruptcy, or other bankruptcy alternatives, must be carefully considered on a case by case basis with competent counsel.

Middlebrooks Shapiro is prepared to provide the competent counsel you deserve. Our dedicated attorneys have over 30 years of experience in bankruptcy, bankruptcy alternatives, like ABCs. If you have found yourself dealing with overwhelming financial hardships due to the pandemic or other extenuating circumstances, schedule a consultation and we can help decide which is the best avenue for you.